You are here: Home / Grooved Contracter 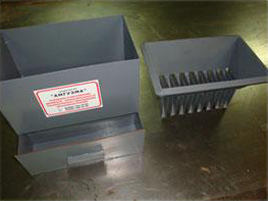 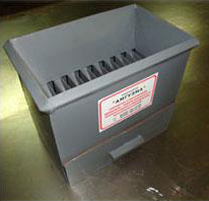 The grooved contractile is intended for dividing bulk material samples into two parts of equal content. Technical characteristics are presented in the table.

If it is necessary to reduce the sample several times (i.e., to get 1/4; 1/8; 1/16, etc. of the sample part), then one part of the sample obtained after the first reduction is sent to the reduction again. Thus, a sample with a mass of 1/4 of the initial mass of the sample is obtained. The process is repeated until you get the required sample mass.